Volunteering abroad requires a lot of hard work and dedication, and a small break to immerse into the spiritual side of the country rejuvenates the mind and body to start afresh. While volunteering in India, something that you will find in abundance are a number of holy shrines and temples.

However, being an immensely religious country, there are cities in India that are completely dedicated for the purpose of sacred worshipping and devotion. While, they reflect the cultural side of the country in the best way possible, they also provide an ambience that is unlikely to be found anywhere else. Here are our top 5 pick for you; 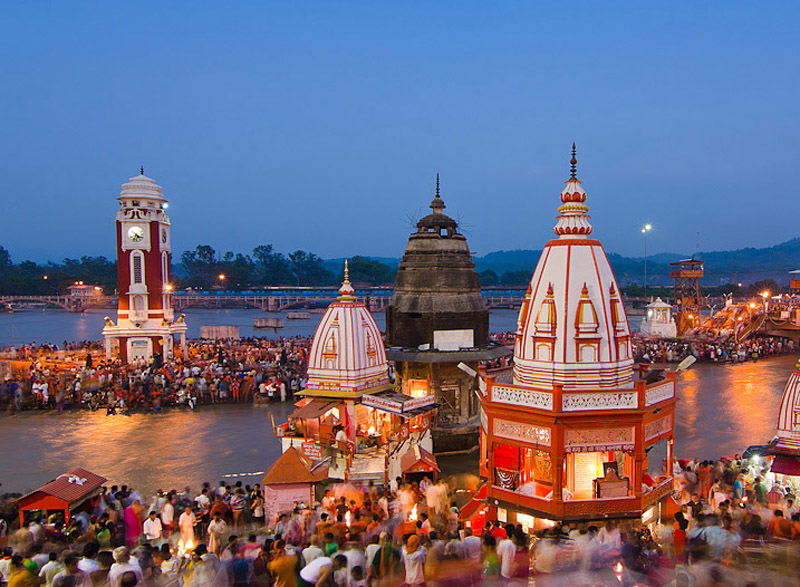 From 4 in the morning the temple bells starts ringing and can be heard from several different directions all day long in the holy city of Haridwar. The gateway to the Ganges into the plains, Haridwar is one of the seven holiest places in the world for the people of Hindu religion. Devotees, worshippers, and aaghoris, can be seen pouring at any given time of the year. The several Ghats in Haridwar are a site to be at, especially during the worship (aarti) time in the evenings and to attend any of the batches for yoga early in the morning. 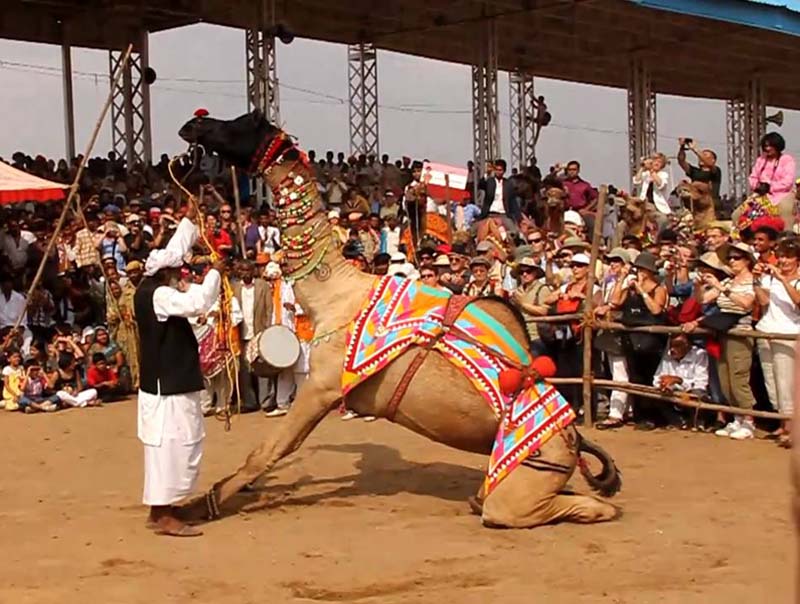 Located in the princely state of Rajasthan, Pushkar is one of the five pilgrimage sites in the country for the people of Hindu religion. The city is small yet remains bustling and lively with the hums of prayers all day long and the presence of numerous devotees present at any given point of time. The city is also immensely famous for its annual fair called the Pushkar Camel Fair, which takes place in the month of November. 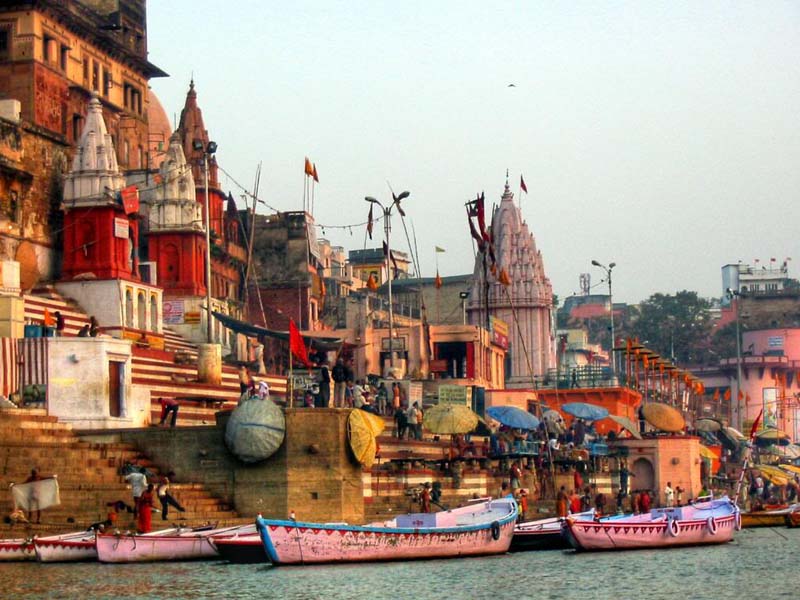 Known as the city of Varanasi now, Banaras is one of the oldest cities in the world and, is the spiritual and cultural capital of India. With close to 2000 temples in its vicinity, this holy abode is the most visited in the country by Hindu devotees. The city also houses one of Asia’s largest residential universities, the Banaras Hindu University. The city is said to have played a significant role in the development of Buddhism and Sikhism; two of the major religions in India. 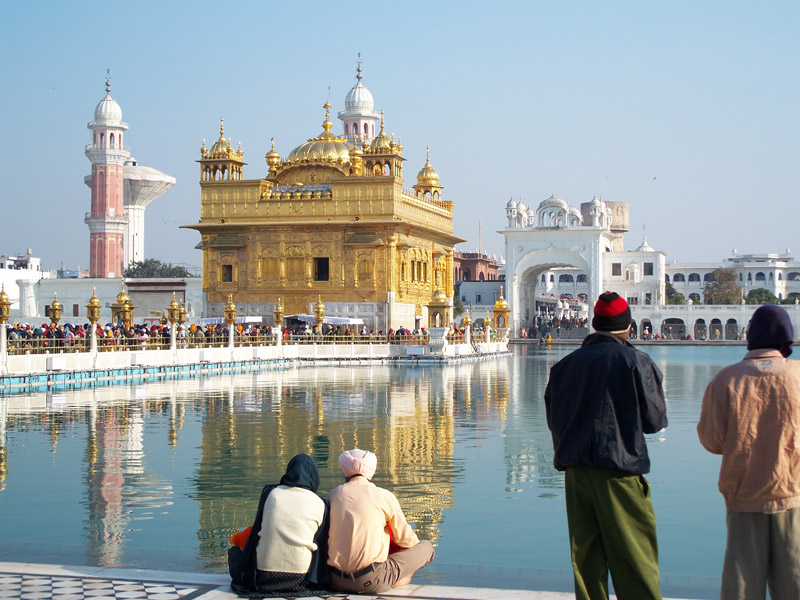 The holiest Sikh Gurudwara in India, Golden Temple is located in the city of Amritsar in the northern state of Punjab. Its distinctive name comes from its architecture which is covered from gold at the top. The holy abode was built in mid-16th century by the 5th guru of Sikh religion. The idea behind constructing the Gurudwara was to provide a place to worship for people from all walks of life and religions. The place witness a heavy footfall of devotees from all over the country throughout the year. Volunteers get to witness this beautifully constructed spiritual place under one of our Add-On tours; The Golden Temple Amritsar Trip. 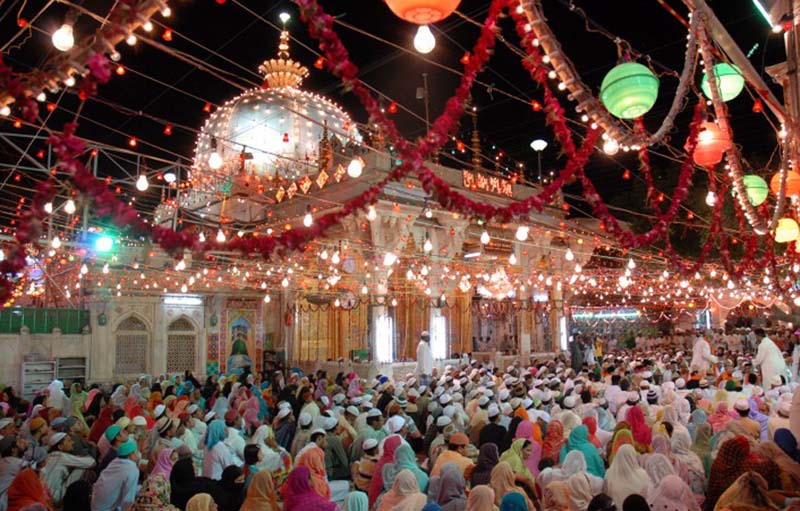 Another very huge and prominent sacred place in the state of Rajasthan, Ajmer Sharif Dargah is a shrine of sufi saint Moinuddin Chishti, located in the heart of the city of Ajmer. The shrine is a very popular spiritual abode for Muslims all over the country and is visited by people from all religions. The place is considered to be one of the most important religious destinations for the people from Muslim community after Mecca; especially, the ones in India. Pushkar, is located at a short distance of roughly 15-20 kms from the main city of Ajmer. Thus, providing an opportunity to accomplish two places in one visit.

All these places are in close proximity to the capital city of Delhi, where Volunteering India provides a lot of programs. This opens up a wide window of opportunity for the volunteer travelers to take weekend trips to any of these (or may be all) sacred destinations. To know more on how you can club your trips to any of these places while volunteering in India, get in touch with our program advisors today at [email protected]