26th January 1950, the day a new democracy was born, the day India saw its constitution come to being, the day every Indian feels proud about, the day India became a republican nation. India is the largest democracy in the world and on the 26th of January 2016 the constitution of India, which has seen various amendments and changes been done over the years, will complete 66 years of democracy and sovereignty.

1.  The constitution was a hand written document, and not typed and printed, with as much as 48 articles, 12 schedules and 94 amendments. Now, that’s a lot of writing!

2. A total of 283 members of the constituent assembly signed the constitution, which came into being on 26th January, 1950.

3. The Indian constitution is the longest in the world. Remember? Lot of writing!

4. It took around 2 years, 11 months and 17 days for the assembly to finish writing the entire constitution. And there you go again; writing to its length!

5. Dr. B.R. Ambedkar, the first law minister of free India, a jurist, an economist, and a social reformer, was the Chairman of the committee. He also carries the tag of “Father of Indian Constitution”.

6. It was a raining cats and dogs outside the parliament, the day constitution was signed, and this was considered to be a good omen by the assembly members.

7. The date 26th January was especially selected since it was the anniversary of “Purna Swaraj Day” (26th January 1930); the day Indian congress seeded the fight for complete Independence and hoisted the Indian national flag for the first time. 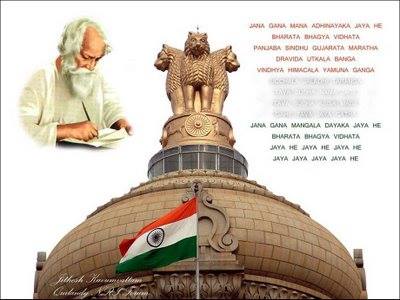 8. The original hand-written copies of the Constitution are kept in helium-filled cases in the Library of Parliament House. Something to check out on you volunteering trip to India this time.

9. The national anthem of India, written by Rabindranath Tagore, was scribed in Bengali first and later translated to Hindi by Abid  Ali in 1911.

10. The Indian national flag, with tri-color and the chakra in the middle, was conceptualized by Pingali Venkayya, a farmer from Machilipatnam (a city in southern state of Andhra Pradesh).

It is always good to know a thing or two about the country you are traveling to volunteer abroad; helps you win confidence over natives easily. Book your spot for a volunteer program in India, and travel to this wonderful country that the entire world is fascinated about. Contact at [email protected].