According to the much known definition by Wikipedia, “World Heritage is the designation for places on Earth that are of outstanding universal value to humanity and as such, have been inscribed on the World Heritage List to be protected for future generations to appreciate and enjoy.”

India is a land of rich culture and heritage, and its history has been shaped through various periods as each chapter unfolded with the change of rulers. The UNESCO has certified 35 cultural and natural sites in India as ‘World Heritage Sites’, and if you are travelling to India for a volunteering trip,  you must make your checklist right now, to cover as many of these as you can.

Scroll down to find out which are our most preferred destinations: 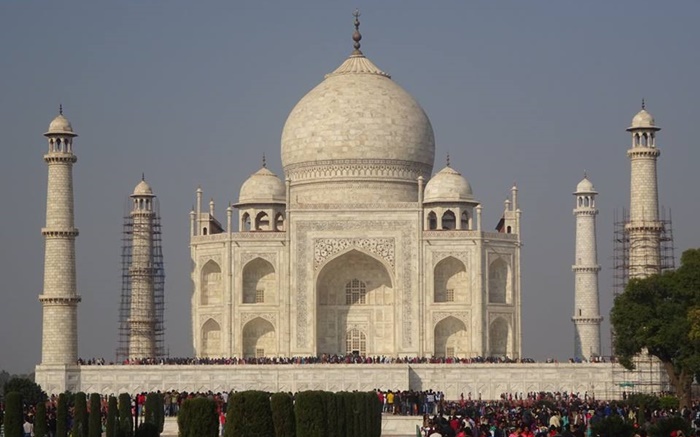 There’s no extra point for guessing this, as it’s quite obvious! Being one of the seven wonders of the world, Taj Mahal is the epitome of beauty.

The Taj Mahal is considered to be the greatest architectural achievement in the whole range of Indo-Islamic architecture. Its recognised architectural beauty has a rhythmic combination of solids and voids, concave and convex, light and shadow -the colour combination of lush green lawns and blue sky over it showcases the monument in ever changing tints and moods.

In the year 1983, Taj Mahal was included in the list of UNESCO World Heritage Sites. 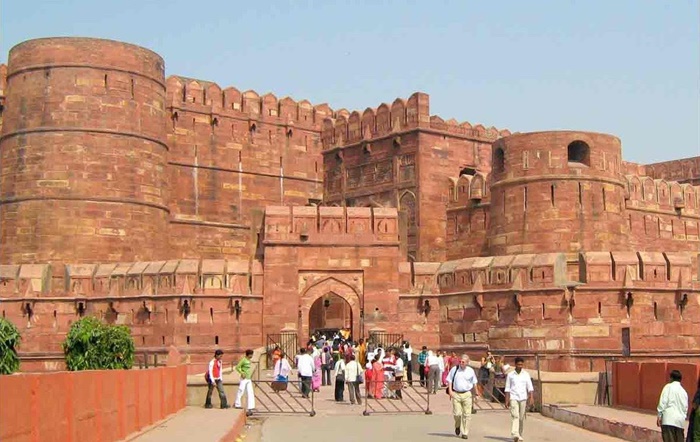 Not far from Taj Mahal, stands  the important 16th-century Mughal monument known as the Red Fort. This powerful fortress of red sandstone encompasses, within its 2.5-km-long enclosure walls, the imperial city of the Mughal rulers. It comprises several palaces, like the Jahangir Mahal and the Khas Mahal, built by Shah Jahan; the Diwan-i-Khas and Diwan-i-aam, Sheesh Mahal etc.

Agra Fort was also included in the list in 1983, along with the Taj Mahal. 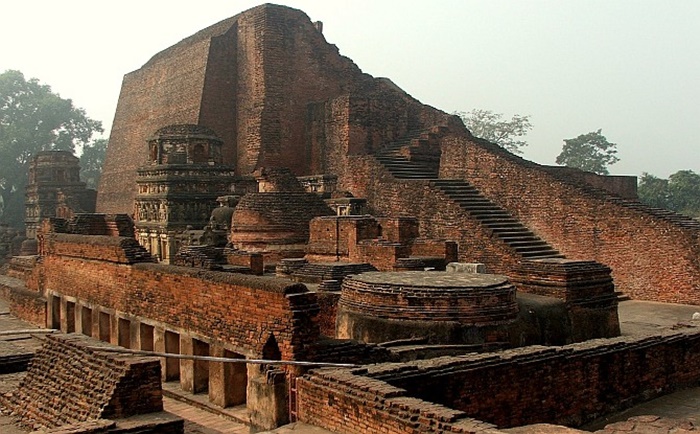 Built sometime around the 3rd Century BC, Nalanda is the oldest and the most famous educational institution in India, and has attracted visitors since the ancient times, with Hiuen Tsang being the first ever Chinese to visit the University.

Nalanda has been the centre for Buddhist learning in the Indian subcontinent over centuries, and portrays  a seamless coexistence between nature and man and between living and learning.

Nalanda has recently been selected as one of the UNESCO Heritage Sites (2016) for imparting uninterrupted holistic education for years. 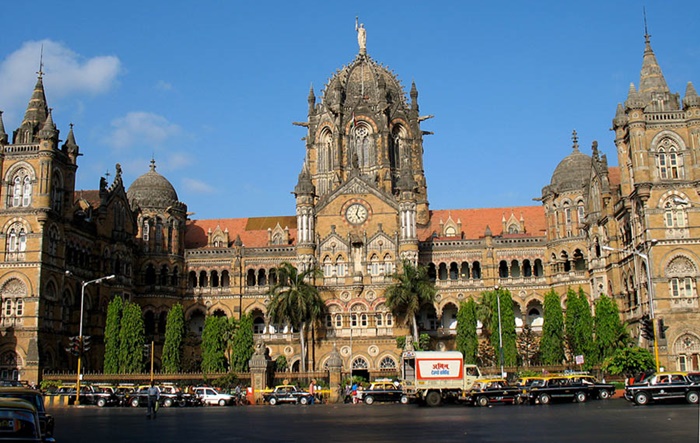 The Victoria Terminus, as it is formerly called, took 10 years to be constructed and was opened in 1888. It gave the British Empire’s second-largest city a grand station for expanding the network of railways that reached out to distant corners of the Raj.

It is an outstanding example of the meeting of two cultures, as British architects worked with Indian craftsmen to include Indian architectural tradition and idioms thus forging a new style unique to Bombay.

This Indo-Gothic Terminus was enlisted in the year 2004. 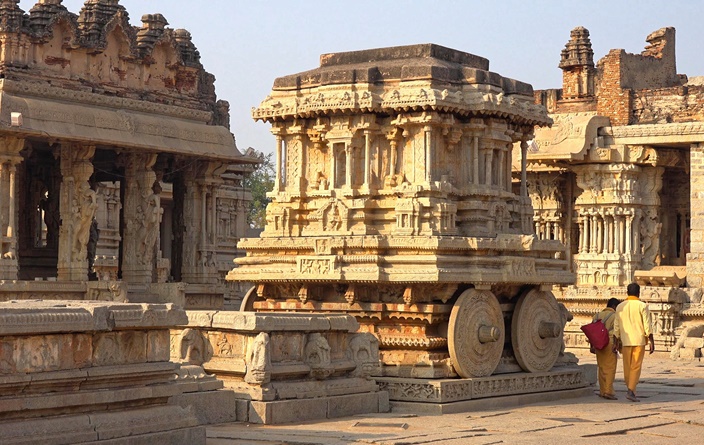 The Lonely Planet describes the place as – “A fantasy world of rocks and ruins”.

On the banks of the Tungabhadra river, the former capital of the Vijayanagar Empire once had a population of millions, making it one of the largest cities during the 15th Century AD.

The entire area consists of several temple complexes, like Narasimha, Ganesha, Hemakuta group of temples, but the Vittala temple complex is the most beautiful and its grandeur never fails to leave anyone in awe.

The ruins of Hampi were considered to be a part of the UNESCO Heritage Sites in the year 1986. 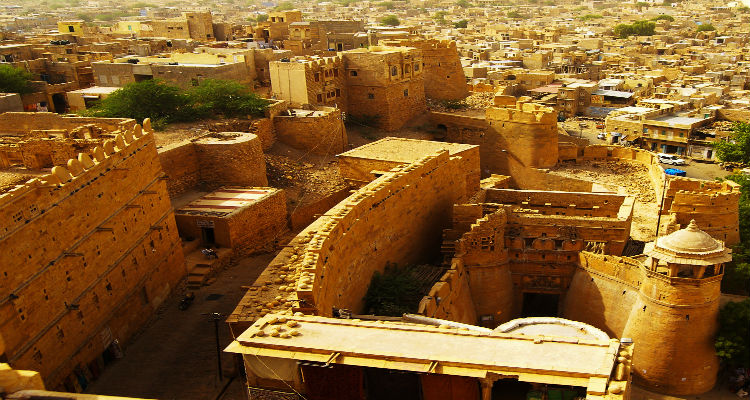 ‘Rajasthan’, literally translating to the ‘the land of the Rajas’, has a serial site of 6 majestic forts in Chittorgarh, Kumbhalgarh, Sawai Madhopur, Jodhpur, Jaipur, and Jaisalmer.

The eclectic architecture of the forts, some up to 20 kilometres in circumference, bears testimony to the power of the Rajput princely kingdoms that flourished in the region from the 8th to the 18th centuries.

Included in the UNESCO list in 2013, these hill forts of Rajasthan are worth exploring, at least once in a lifetime, just to understand the taste of the Rajputs. 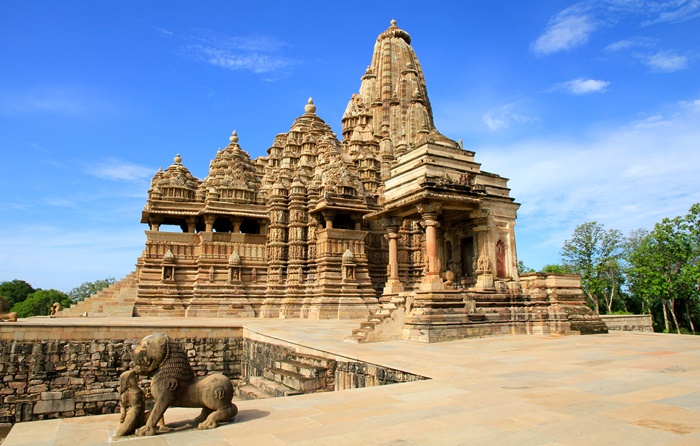 The Khajuraho Temples in Madhya Pradesh are amongst the most beautiful medieval monuments in India. Originally a group of 85, they are the largest group of Hindu and Jain temples in the world, although only about 25 of them remain today. 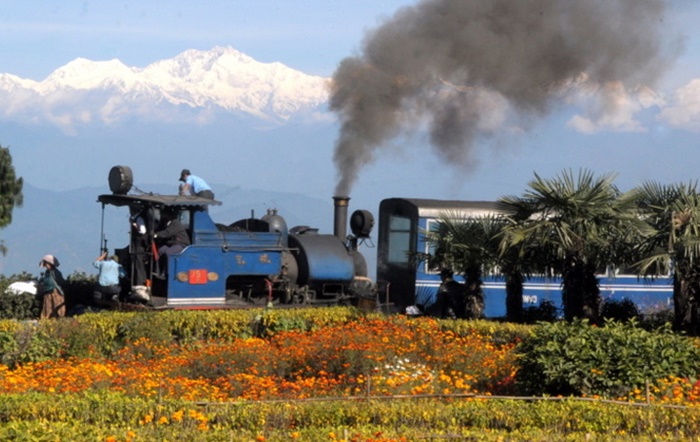 All three railways are still fully functional and operational, and they would let you experience the thrill of riding the train in a terrain that’s highly elevated yet absolutely beautiful. Anyone travelling to India has to take at least one of these rides, to have an experience of a lifetime.

These were enlisted in the year 1999.

The Red Fort is considered to represent the zenith of Mughal creativity which, under Shah Jahan, was brought to a new level of refinement.

The planning of the palace is based on Islamic prototypes, but each pavilion reveals architectural elements typical of Mughal building, reflecting a fusion of Persian, Timurid and Hindu traditions.

The Red Fort attracts thousands of tourists from all over the world, and the Meena Bazaar inside the fort complex still runs with all its glory, since the 16th Century AD.

Red Fort Complex was selected to be a part to the UNESCO Heritage Sites in the year 2007. 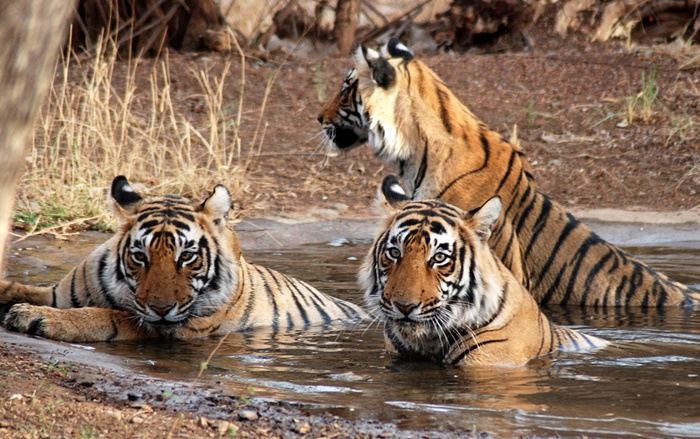 Sundarbans, the largest Delta Region of the World, is the homeland for the endangered Royal Bengal tigers, as well as several other species of animals and birds. It’s also the world’s largest mangrove forest.

The land area in the Sundarbans is constantly being changed, moulded and shaped by the action of the tides, with erosion processes more prominent along estuaries and deposition processes along the banks of inner estuarine waterways influenced by the accelerated discharge of silt from sea water.

The property falls under UNESCO Biosphere Reserve that was designated in November, 2001. 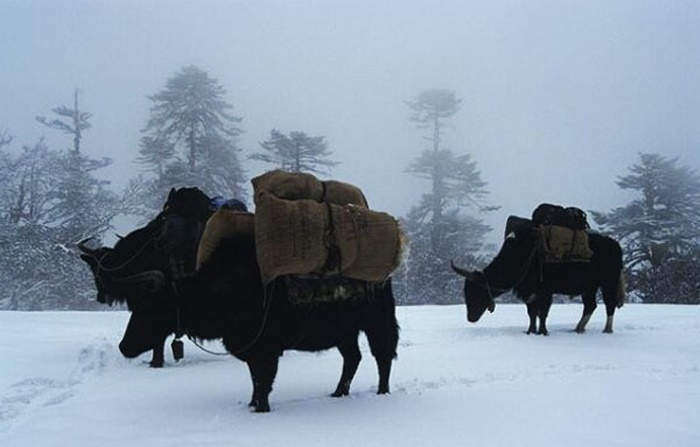 The Kanchenjunga National Park, located at the heart of the Himalayan range in north-eastern India, includes a unique diversity of plains, valleys, lakes, glaciers and spectacular, snow-capped mountains covered with ancient forests, including the world’s third highest peak, Mount Kanchenjunga.

A trekker’s paradise, this region was the first to be included in the ‘Mixed Category’ of UNESCO list, for its natural as well as cultural impacts, in 2016.

If you are lucky enough, you can spot a Himalayan sloth bear or a red panda, who mostly hibernates in this region.

India, a land of diversity, portrays its uniqueness in every field – be it architecture or nature.

These destinations are among those which you can’t afford to miss while you are on your journey in India.

So, start making your bucket list and do let us know which has been your most favorite one!